Smeeth and Brabourne Junior Football club was founded in 2006 and from the very start it was run by the community, for the community.

From the early days of just one under 9′s team in the Ashford and District Youth League club set its sight on being an integral part of the community, offering boys and girls of all abilities the chance to extend not only their football skills but wider responsibilities too.

In 2012 the club recorded over 120 members from Smeeth, Brabourne and surrounding areas and have ten separate age groups from under 6’s to under 15’s, playing in the Ashford And District Youth League.

The friendly environment and fun at all costs approach has won praise from many, including those from beyond the footballing community. The club is run entirely by volunteers and every penny of income is spent on giving the best facilities possible to its members.

The organisers of the club have trained FA approved coaches and Child Welfare Officers. All volunteers are FA CRB approved and we hold the prestigious FA Charter Standard award. The club has also worked very hard for good causes over the years and to date has raised around £5000 for Cancer Research and The Teenage Cancer Trust as well as around £2000 for Sport Relief in 2012.

SABFC is a great club to be part of and an organisation which the organisers hope will make a difference to the community for many years to come.

Also in the Smeeth directory

The aim of the establishment is to provide a family venue that feels like your ...
Read More 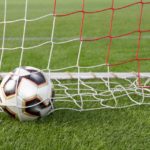 From the early days of just one under 9′s team in the Ashford and District ...
Read More