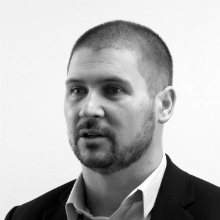 Having joined Hobbs Parker in May 2014 Stuart’s role is to build relationships with major dealerships, organisations and companies in Kent and the South East and to offer them a stress-free and efficient way to sell their surplus vehicles through our established Car Auction.

Stuart has come from a media sales background and has sold advertising on Radio and in Sports Newpapers across the UK and at Sporting Events throughout the world. He most recently worked as an Account Manager for Heart Radio (Global) in Kent and played a key role in a hugely succesful local sales team (Global Radio Sales Team of the Year 2009 and 2014). Having gained a BA Hons in Fine Art at Nottingham Trent University, Stuart also worked as a Muralist / Interior Designer and considers this experience to be key in his ability to build client relationships and trust.

Originally from South London, Stuart is married with two children and has lived in West Kent for the past 11 years. His passions are keeping fit and playing and watching a variety of sports – but in particular football. He is an avid Crystal Palace supporter and having followed them since an early age and having worked for 2 national football newspapers he can bore you to tears with his knowledge of them and the game in general!