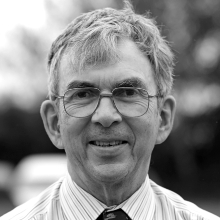 Mark is an experienced livestock auctioneer supporting Elwyn Davies, Peter Kingwill and John Rossiter with all aspects of livestock sales. He is also responsible for all aspects of office support for livestock sales including cataloguing sales, preparation of weekly market reports and email bulletins and all other aspects of pre and post sale work for livestock and other farm auctions. Mark takes specific responsibility for both commercial and pedigree breeding cattle sales, fortnightly pig sales as well as ram sales in the autumn round of breeding sheep sales.

Mark was brought up in the West Country (Cornwall) where his father was a practising livestock auctioneer and rural surveyor / land agent. He qualified as a general practice Chartered Surveyor while a cadet valuer with the District Valuer (Inland Revenue) in Bury St Edmunds, Suffolk and then moved to Kent in the early ’80’s gaining a lot of experience with a West Kent firm of market auctioneers. He joined Hobbs Parker in 1995.

Mark lives just outside Wittersham with wife Cynthia and son Eoin (now studying Agriculture at Harper Adams) and enjoys getting involved in village life which, over the years, has included PTA, Village Fete Committee and Cricket.  He is now treasurer of The Friends of Wittersham Church and vice chairman of the Isle of Oxney British Legion. He also enjoys gardening a little and some farming (3 acres of grass and 6 acres of woodland bought in 2005). He is a long-serving member of the Weald of Kent Ploughing Match Committee and Vice President of Kent Young Farmers and Council member of Kent County Agricultural Society. The summer agricultural show season keeps Mark occupied as he is now Livestock Commentator at 9 shows including The Royal Norfolk, South of England, Kent and Moreton in the Marsh.